1st decade of 21st century saw emergence of cryptocurrency in the form of Bitcoin, which is considered to be one of the biggest revolutions of this century. Bitcoin initially was selling at almost nothing, in 2010 it was at $0.0008. As Bitcoin became popular, more and more players jumped in this market and cryptocurrency emerged as an industry. It is estimated that current market cap of Digital currency is 75 Billion USD and there are more than 1000 known cryptocurrencies.

ICOs allows startups with ideas to gather money for their projects. They do so by marketing their ideas (in the form of whitepapers, videos) to attract people to come and buy their virtual coins or tokens against Bitcoins, Ethereum or any real currency. Ideas or business plan behind ICO can be anything, it can be buying  shares in stock market, an investment plan in mutual funds, development of some product and list goes on. To summarize, you invest your money in ICO and if project gets successful, price of your token will go up and you as a holder of token will be benefitted.

The buzzword ICO and unregulated are going side by side. ICO’s rules and regulations are fragile as being part of cryptocurrency they don’t have any borders, decentralized and not under influence of governments. Though these things have their own advantages, they brought fear in minds of investors who have no  guarantee for safety of their investments.

Let’s see what governments around the world say about ICO’s.

“Investing in an ICO may limit your recovery in the event of fraud or theft.  While you may have rights under the federal securities laws, your ability to recover may be significantly limited.”

An ICO will come under federal securities laws only if the virtual coins or tokens offered by ICO fall in the category of securities. If you want to get assistance from  U.S. Securities and Exchange Commission make sure the ICO you are investing is registered with SEC.

Financial Conduct Authority FCA of UK declares majority of ICOs outside its regulated space. Only few ICOs that involve regulated investments fell under FCA regulations. It’s extremely unlikely to have access to UK regulatory protections like the Financial Services Compensation Scheme or the Financial Ombudsman Service in case you have some problem with your ICO.

People’s Bank of China placed ban on all type of ICO’s in first week of Sep 2017 declaring it illegal fundraising. The ban had major setback on flight of bit coin and make it stumble at 5000 USD.

Earlier this week, Financial Services Commission of South Korea also banned all sort of ICO stating that “We expressed a serious concern that the recent inflow of funds into the nonproductive speculative direction is showing up. As a result, we believe that additional measures are inevitable in order to switch to productive investment.”

Having said all odds about ICO’s, don’t lose heart for ICO as the story has not ended yet.

ICO’s are unstoppable, they are getting popular whose proof is that they have successfully generated a capital of 2 Billion USD.

Tezos one of the most successful ICO for year 2017 closed its ICO sale by generating 65703 Bitcoin (270 million USD) and 36122 Ethereum (one millions USD). According to the Tezos website, “Tezos is a new decentralized blockchain that governs itself by establishing a true digital commonwealth.” A commonwealth is a community that is linked together because of their shared objectives and interests.

Second in line is Filecoin, the idea behind Filecoin is to create a decentralized storage network across the internet by using IPFS (InterPlanetary File System) protocol. Filecoin is managed by community of developers worldwide who cares about future of the internet. There is lot of storage available online that is not used at all. Filecoin users will be able to use that storage by using Filecoin tokens, the incentive for people offering there storage facility is also Filecoin tokens. The idea is to make a decentralized storage facility not controlled by individuals. Filecoin tokens can be bought using Bitcoin, Ethereum, USD, Euro. It is imperative to mention that Filecoin ICO generated around 250 million USD.

There are many ICO’s that came and went unnoticed, there are many that were just a scam. But there ICO’s that made a huge impact, as we just saw few examples. It’s important as an investor not just focus on ICO’s regulations, focus on ideas and team behind the ICO. If that’s solid, choose that ICO for investment. Remember Bitcoin once was 0.0008$. 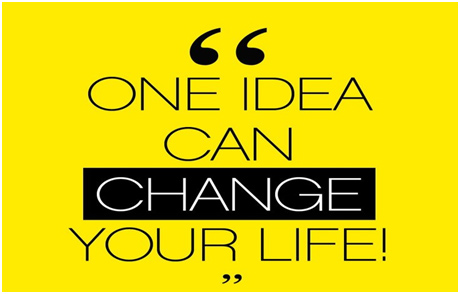